This is the seventh post in our There’s an Archivist for That! series, which will feature examples of archivists working in places you might not expect.  To continue this new series, COPA member Rachel Seale, Outreach Archivist at Iowa State University, brings you an interview with Meredith Torre, Archivist for Atlanta Housing Archives (AH). 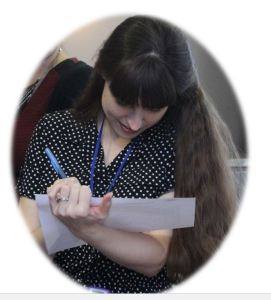 Be sure to also check out the profile of the Atlanta Housing Archives Torre wrote for the SAA Business Archives Section.

RS: How did you get your gig?

MT: In 2014, I saw that Atlanta Housing was hiring an archivist. Then Director of Records and Information Management, David Carmichael, had been Director of the Georgia Archives where I first worked as an archives intern. I did a little bit of investigating into the position and learned that the hiring would be Atlanta Housing’s first archivist, which intrigued me. I also liked that the lone ranger position would provide the opportunity to engage in all aspects of archival work. The archivist position started out as a temporary one. However, the agency began to see the archives as a valuable program within Records and Information Management and in 2015 invested in making the position a permanent one. 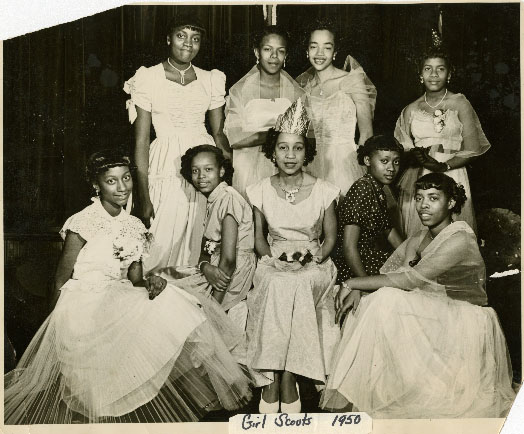 RS: Tell us about your organization.

MT: For eight decades, Atlanta Housing (AH) has been at the forefront of providing affordable housing for many low-income families. The Housing Authority of the City of Atlanta formed May 18, 1938. AH’s founding Chairman Charles Forrest Palmer with Dr. John Hope, first black president of Morehouse College envisioned public housing that would eliminate Atlanta of its festering slums and provide decent, safe and sanitary housing at rent affordable to low income families. Under President Roosevelt’s New Deal these men formed an alliance to create the first federally subsidized public housing in the United States: Techwood and University Homes, serving as a national model for public housing. During the war AH again became a national model when President Roosevelt appointed AH’s founder as the Defense Housing Coordinator and AH lead national efforts for the construction of defense housing and housing for migrant war-workers and their families. Public housing nationally in the United States is still relatively young. AH recently reached its 80th anniversary (May 2018). During these years, public housing has undergone many changes and implemented new programs with Atlanta Housing continuing to play a key role in public housing policy. It’s a very exciting time to be an archivist for this type of organization! 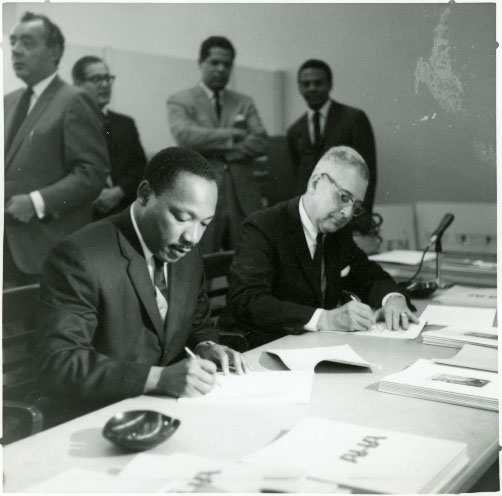 SH: Atlanta Housing (“AH”) collects and preserves records of permanent and historical value dating back to the 1930’s. These records document the history of AH’s work and support its mission. Materials preserved in AH’s Archives have significant relevance to AH and document the evolution and history of AH, its achievements, administrative policy, programs, and projects. Records of enduring research value document the early history of public housing in Atlanta or in which AH played a pivotal and innovative role in shaping public housing policy and/or history. In particular, collecting areas include: 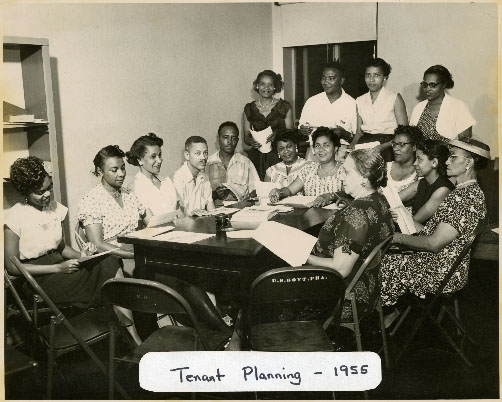 RS: What are some challenges unique to your collections?

MT: Up until 2014, AH’s records were poorly housed in cardboard boxes, exposed to pests and profusely lined the floors and racks of the agency’s headquarters attic and basement prone to floods. A historian compiling a history for AH rearranged all records according to subjects in her book. Loss of original order, poor labeling, no indexing, duplications, separation of signatures from original agreements to create “a signature file of important persons”, and poor storage lead to issues in record retrieval, authenticity, loss of information, and damage to valuable historical records.

Part of the unique challenge I faced when first coming to AH was to build an archives from the ground up. I was tasked with creating an archival environment for the records and to restore original order to the records. Because the loss of original order and the necessity of its restoration, the processing of record collections is ongoing. Records are now arranged and described following best practices and standards including MPLP, DACs, and assigning Library of Congress and the ATT authorized subject and name authorities. Preliminary finding aids for AH’s collections are now available. Processed records are reboxed using archival materials and in 2016, the archives moved to a secure, climate-monitored space. 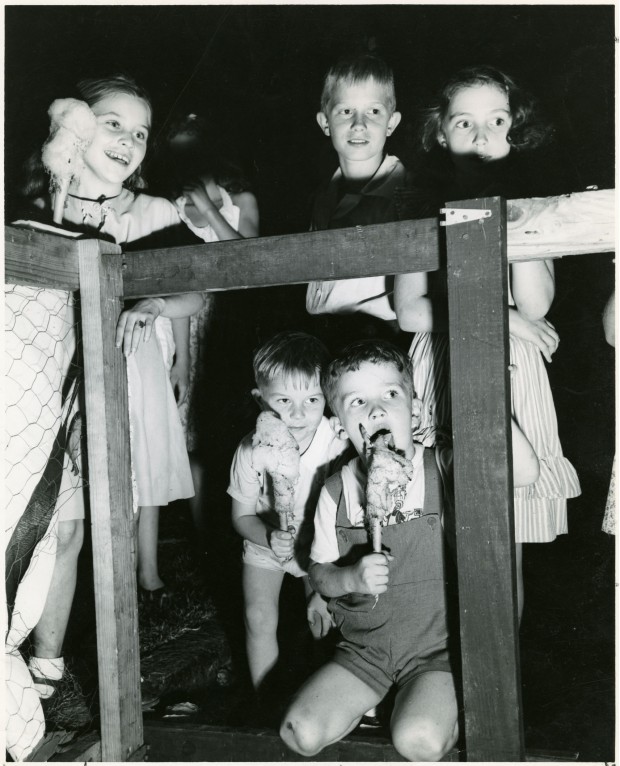 RS: What is the favorite part of your job?

MT: I have worked in many different types of archival environments (government, academic, theological) and one of the most favorite aspects of my job for me is working within its unique environment. Atlanta Housing is a quasi-governmental entity. It functions as a business. It’s also a service oriented nonprofit institution. The business environment at AH requires flexibility in setting processing priorities and providing quick turnaround while realistically managing expectations. This environment offers its challenges. It also offers me the opportunity to tell people what it is archivists do frequently and to experience that moment of discovery from different people throughout the agency when they realize archives can work for them, has meaning, and is practically useful and magical. I also really enjoy working with our researchers. AH has hosted researchers and students locally and from all over the country interested in public housing history.

Stay tuned for future posts in the “There’s an Archivist for That!” series, featuring stories on archivists working in places you might not expect. If you know of an archivist who fits this description or are yourself an archivist who fits this description, the editors would love to hear from you—share in the comments below or contact archivesaware@archivists.org to be interviewed for ArchivesAWARE!

One thought on “There’s an Archivist for That! Interview with Meredith Torre, Archivist, Atlanta Housing”